Rome was our first big milestone and it was a cultural highlight that we were looking forward to. Susanne had already been there for one week with school when she was 15 and was curious if she would remember the sights and the stories. Martin wanted to wander in this city with great history, learn a lot about it all and meet some people on the way. We didn’t know then that we wouldn’t get to see a lot of this city…. Photos from Ancient Rome

Finding a cheap and fun hostel provided to be a little complicated so we went for a cheap hotel in the area of Termini, hotel Lella. During the first night we learned this was a bad choice because we had bed bugs. We decided to stay because the search for the hotel already took time and packing our bags and moving everything is sometimes a lot of work as our stuff was all over the place. Off course the bed bugs were all our fault, so not a lot of understanding from the staff. Martin always has a good relationship with bugs so he got some nasty bites. Small recommendation do not stay at hotel Lella Rome might be cheap but not that cheap.

Through Couchsurfing we had seen that there was a meet-up on Friday evening in Club le Mura. We thought it was a good idea to go and see what kind of people would be there. It was a bar with ‘aperitivo’, which meant that there would also be free snacks if you have a drink. It was a nice easygoing evening where among others we met Leonardo, a Spanish guy just finished with his master thesis in Florence, and Emil, a Danish psychology teacher on a 5 day holiday to Rome. We had decided to join a free walking tour in the morning and they were interested in that too.

The next morning we met Emil and Leonardo at Circus Maximus. The group was completed with a young German-Italian couple, two Brazilian girls of which one was living in the Netherlands, an American guy from Texas and our guide Alessandro from Roma. He was part of the company Veni Vidi Visit which provides a ‘not so touristy’ walking tour of Rome through parts where you otherwise might not go. It was a fun and relaxed tour with a lot of interaction in the group. We also saw a lot of Rome and got a thorough explanation. Also Italian ice cream is highly recommended.

After having relaxed for a few hours and walked by Piazza Navona and the Pantheon we had arranged to meet up with another couch surfer. Martin at this point was really tired, we thought it was caused by an allergic reaction to the bites so we continued the meet up. It was only until later that Martin was really not feeling well so we decided to go back before having dinner. From then on Martin had a fever and could really only lie in bed. We visited the doctor and an antibiotic treatment was the consequence. We decided to change our hotel to a hostel to make sure Martin would get better and we could do some cooking ourselves. Susanne did some sightseeing by herself but tried to get her body to relax from all the cycling up to then as well. Luckily the antibiotics reacted and the fever was gone in a couple of days. In stead of spending four nights in Rome we spent eight and had only one real day of sightseeing…

We would like to give some recommendations of what we thoughts were nice places:

First of all our first night was a lot of fun eating at a Philippine restaurant at Via Gaeta. It was full on karaoke in the restaurant and the food was interesting, cheap and enjoyable. Not so many tourists mainly local people from the Philippines.

Second we had a nice cheap dinner at Kathmandu Fast Food at Via Michelangelo Buonarroti. Real Nepali dishes, nice people and a fun atmosphere. Not something for real dining, but when being in a big city it is nice for eating on the go.

Third the free walking tour was a lot of fun. If you look it up through Couchsurfing, join it and see some interesting more quiet places of Rome. The touristy places are actually crazy busy.

Fourth the hostel we changed to deserves a recommendation. It is the Freedom Traveller Hostel. We had a nice stay although the shower was not the best but it was one of the places with a hostel atmosphere. We really disliked the Termini area of the city but this hostel made the best of the location and the hostel idea.
Rome is and was our first milestone now we continue further south and east, happy cycling days. 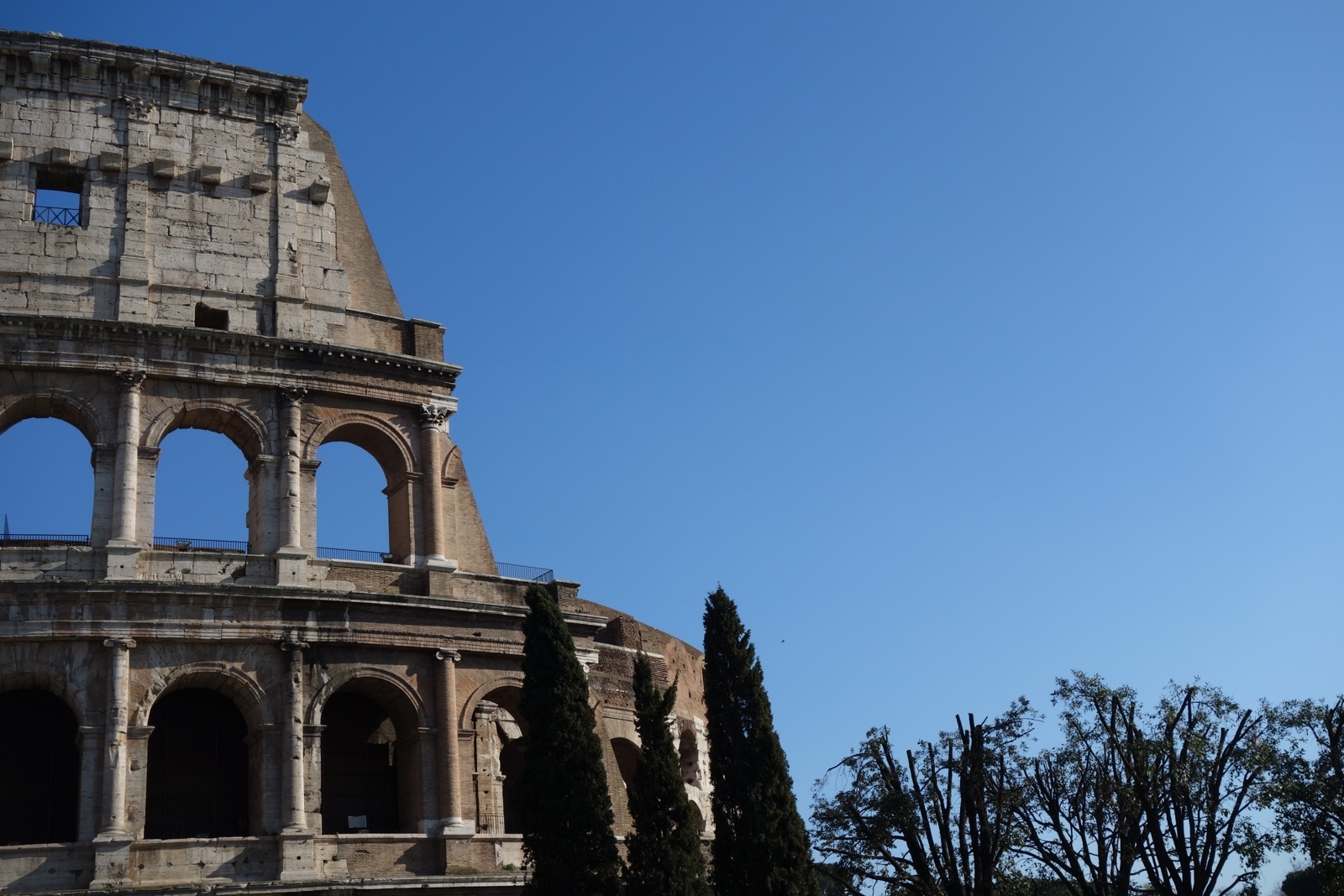