Germany is known as one of the countries that is achieving the most on the part of renewable energy. We have already seen many windmills and also lots of houses with solar energy. Still not all energy comes from renewable sources. Fossil fuels are a part of the energy flow in Germany.

The other day we passed through the city of Julich and the people that we stayed with, Erik and Kirsten, told us that the city was surrounded by three lignite or brown coal sites. We got interested to know more about this and had a nice conversation about the pro’s and con’s.

According to Wikipedia: “Lignite, often referred to as brown coal, is a soft brown combustible sedimentary rock that is formed from naturally compressed peat. It is considered the lowest rank of coal due to its relatively low heat content. 25.7% of Germany’s electricity comes from lignite power plants.”

The following morning, after we learned about the existence of these sites, we decided to make a small detour and visit the one south of Julich starting at Bourheim. Here you have a viewpoint on a hill from where you can oversee the whole site. We cycled along the border until we came across a sign with the future plans of the site when all the brown coal has been used up. As it is now a few villages have been removed which has caused quite some unrest and discussion in the surroundings of Julich. Also the river Inden has been influenced to take a different course. In the future they will make a lake of parts of where the site is now. 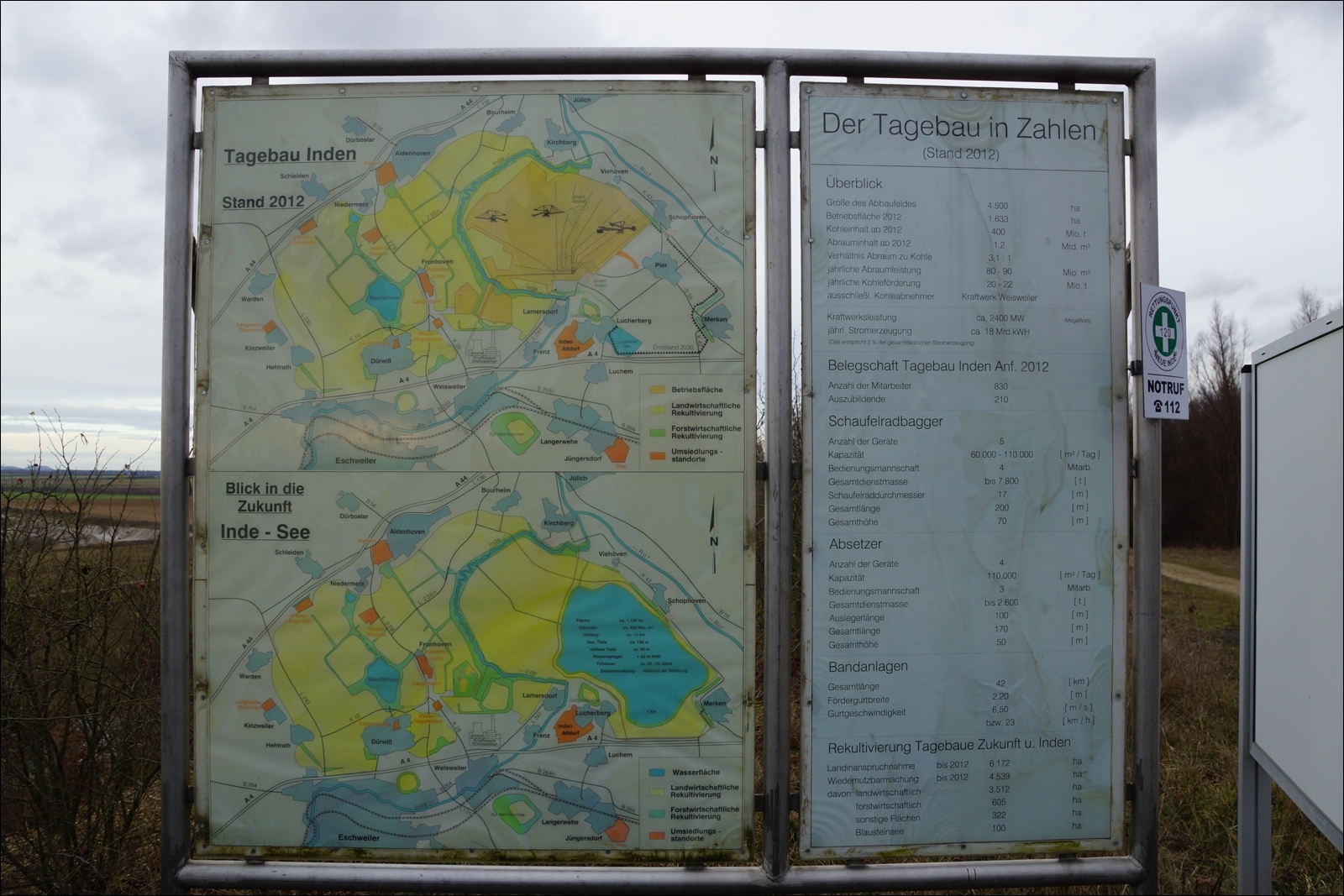 We wanted to have a look at the village Pier, but we couldn’t reach it anymore. Apparently it has changed into a ghost town. We made some photos to illustrate what we saw. The machines were enormous and quite captivating. Also you can see the brown coal power plant in the distance on some of the photos.

The existence of these sites surprised us. The area around Julich is nice and the villages are sweet. Also renewable energy is very high on the agenda in Germany so we weren’t aware that fossil fuels are still mined so much. After researching we found out that for lignite Germany is the country with the highest amount of mined lignite with the amount of 169.000.000 tons in 2010. We think that if the same efforts of mining would be invested in renewable energy it would probably be more rewarding for everybody and the same amount of energy could maybe be achieved in a more sustainable way. If you have thoughts or insights about this we would like to hear from you in the comments below.